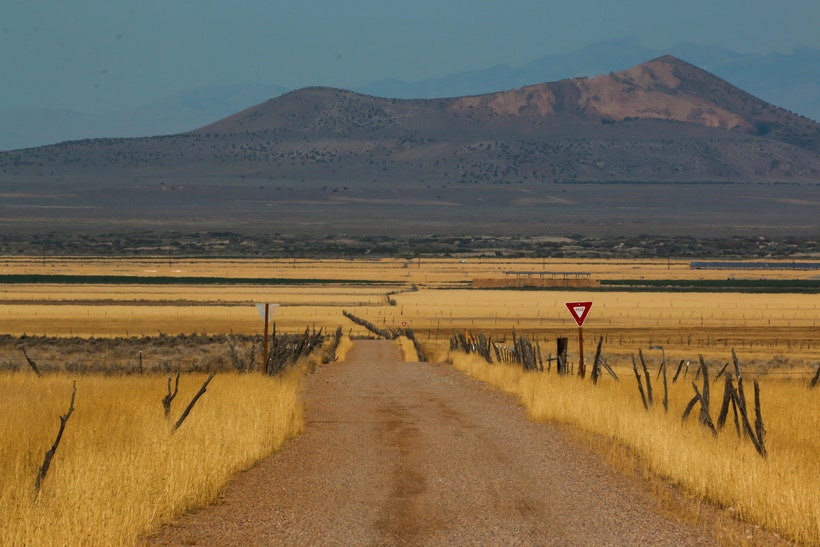 Known as the “loneliest road in America,” this 3,200-mile stretch of blacktop that follows the same route as the Pony Express has captured the American imagination ever since its early stages of construction in 1926. It bisects the country, slicing through a dozen states, starting at Maryland’s Eastern shore and finishing in San Francisco, through the Appalachian and Rocky mountains and Utah’s deserts. Set aside a couple of weeks for the journey, but if you’re more time-pressed, the most evocative stretch is a two-day drive through Nevada to the West Coast; fly into Salt Lake City, and pick up a car there. Expect little more than blue sky, sagebrush, and mountains, periodically punctuated by the occasional, dusty small town like Eureka or Austin.

Where to stop: Tick some of the national parks off of your list—Indiana’s George Rogers Clark National Historic Park, the Black Canyon of Colorado’s Gunnison National Park, and more. If you’re focusing on Nevada, stop by the bizarre folly known as Stokes Castle: built by a wealthy mining magnate and intended to ape an Italian tower, it sticks out in the dusty desert, a monument to eccentricity.

Where to eat: You’ll have more than enough places to try along the 3,000-mile stretch, but we recommend seeking out some regional specialties and tried-and-true stops: think a slaw-dog in West Virginia, Cincinnati-style chili in Ohio, sugar cream pie in Indiana, and Rocky Mountain oysters in Colorado. On the shorter route, gorge on Basque cuisine in Elko, one of the largest expat communities of this Iberian culture anywhere in the world.

Where to stay: Hotels (and motels) are plentiful along this drive, but we’re partial to making detours for The Greenbrier in West Virginia, Four Seasons Hotel St. Louis, and the Ritz-Carlton, Lake Tahoe. In Nevada, try upscale B&B Miles End Lodge.